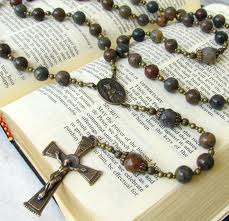 He served in the Army during World War II with the 42nd Rainbow Division, 242nd Signal battalion, Infantry, which path led them through Europe ending in Austria at its liberation.   He started his college career while in the military and later graduated from the University of Louisville with a BA/Physics in 1950.  His career as a heat thermal engineer took him to many locations across the U.S., landing in Huntsville in 1960 working for Chrysler Corporation.  After retirement from Chrysler, he worked for several years at Wyle Labs before retiring.

A member of St. Joseph’s Church since 1966, he served many years as a parent volunteer, church volunteer and with the Knights of Columbus Council 4080.  In 2018, was awarded the Lifetime 4th Degree, as the oldest living 4th Degree Knight in the area.  He was also lifetime member of RSES and ASHRAE chapters, as well as the Rainbow Division Veterans Association.

All friends are invited to Visitation at 10:00 a.m. and Funeral Mass at 11:00 a.m. on Wednesday, October 9, 2019 at St. Joseph’s Catholic Church, 2300 Beasley Avenue, Huntsville.   Burial will follow in Huntsville Memory Gardens.

In lieu of flowers, donations may be made to Holy Family School-Huntsville or St. Joseph’s Church, 2300 Beasley Avenue, Huntsville, AL  35816.