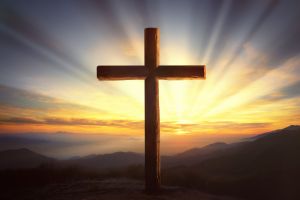 Donnie Glen Whitt, 79, of New Market, Alabama passed away peacefully at his home on Wednesday, August 18, 2021. His trust in the promises of God and love of his family encouraged him in his final days and he is now at home with his Savior.

Donnie was born to Herman and Lucille (Douglas) Whitt on June 5, 1942 in Bethel, AL. His family moved when he was seven years old to the Westlawn area of Huntsville. Donnie graduated from Butler High School in 1960 where he lettered in basketball and baseball. He attended Florence State University (UNA) for two years before returning to Huntsville where he took the U.S. Postal Exam, and began working for the U.S. Postal Service in November of 1963.

He married his sweetheart, Nancy Ann Bridges of Madison, on Dec. 28, 1963 at the Cullman courthouse. He later served in the US Army reserves from 1967-70. He volunteered as a youth league basketball and baseball coach at the Northwest YMCA in Huntsville for over a decade. During the years with USPS he worked in various roles in management and supervision in a number of locations in north Alabama, and traveled throughout the southeast to train others. After 40 years of service he retired from USPS in 2003. He later worked for four years at Quillin Financial Services as a tax preparer.

After seldom attending church for the first 35+ years of his life, Donnie placed his faith in Jesus Christ as his personal Savior at the age of 39 at Meadow Hills Baptist Church in Huntsville. That church later became Calvary Baptist Church where Donnie was a faithful member for the remaining 40 years of his life. He served in a number of ministries, including as a deacon for many years, but was best known for the gift of encouraging those in the church body.

God blessed Donnie and Nancy with a son and daughter who adored and respected their earthly father. He was pivotal in establishing a loving home where family was first, authority respected, and the less-fortunate loved. He was a friendly man who was known by his love to laugh. He enjoyed discussing sports with friends, traveling with his wife, working on his lawn, playing golf, trips to the beach, spoiling his grandchildren, and following his beloved Alabama Crimson Tide, the Atlanta Braves, UAH Chargers, whichever teams his grandsons played for, and any team that his son, Paul, or Lennie Acuff coached.

The family wishes to thank the many medical professionals and friends who tended to his health needs over the past year. They especially want to acknowledge North Alabama Hospice for their love and care during a difficult final week.

He is preceded in death by his beloved daughter Michelle Sisk; brothers Doyle, Garry, and Steve Whitt; and parents Herman and Lucille.

Friends may visit with the family on Saturday, August 21st  from 10 am to 11:45 am at Calvary Baptist Church on Douglass Rd in Huntsville, AL. A funeral service will follow at noon in the same location with Revs. Jeremiah Cochran, Derek Suttles, and Paul Whitt presiding. Donnie will be laid to rest at Huntsville Memory Gardens following the service.

In lieu of flowers, the family requests memorial donations be given in his name to Calvary Baptist Church in Huntsville.

To send flowers to the family or plant a tree in memory of Donnie Glen Whitt, please visit our floral store.