Read more about the life story of Michael and share your memory.

Michael B. Aweau, 75, of Huntsville, Alabama passed away on November 20th. He succumbed to pancreatic cancer after a heartbreaking battle. Mike, who was known to many as Winkey, was born on June 29th, 1947. Born and raised in Huntsville, he was the oldest child of Clarence and Georgia Jerome “Joan” Aweau. Winkey is survived by his only love of 55 years, his wife, Peggy Aweau, his beloved daughter, Stacy Aweau Vincent (Jeff Spicer), grandchildren, Michael “Mabel” Vincent and Sophia Grace “Gray” Vincent, mother, Jerome “Joan” Aweau, sister, Marilyn Kay Bailey (Larry Bailey), brother, Gregory Leo Aweau, and a large extended family of nieces, nephews, and dear cousins.

As a very young child, Winkey was raised by Jesse “Mama Jesse” and Albert “Pop” Blackwell. He graduated from Huntsville Highschool, and he received an Associates degree from Alabama A&M.

Winkey’s greatest passion was photography. With a camera in his hand from age 12, he started his career at the Martin Theatre. During his time at the Martin Theatre, he was called to serve his country in 1968. While in Germany, he became the Colonel’s Company Photographer. He traveled with his commanding officer throughout Germany and served as the PIO officer in his battalion. When he was discharged, he became the first ever manager at the Westbury Theatre for several years.

In 1967, he married the love of his life, Peggy Boyett. Soon after, Peggy brought their only child, Stacy Jo Aweau, into the world.

In 1971, he left the theatre business to start post-high school education. He got his Associates degree at Alabama A&M University. Soon after, Winkey started work at WAFF Channel 48 in Huntsville, Alabama. During his time at Channel 48, he found an appreciation for his photography and videography skills. He wrote, directed, and starred in many award-winning television commercials and made many lifelong friends in the business community. When he left Channel 48, he continued pursuing a career in advertising. After a long journey, he retired in 2013 to spend time with family and loved ones.

A loving husband, father, grandfather, and overall family man, you rarely saw Winkey without a camera in his hand. He had an incredible passion for Alabama Football and would also regularly take photos of his family to preserve precious memories. Even though Winkey was stubborn as a mule, he was loyal, loving, and always made you laugh. He touched the lives of everyone he knew.

A celebration of life will be held in honor of Mike Aweau. It will take place on November 26th, at Spry Funeral Home. Visitation will begin at 10:00 AM, with a service starting at 12. Mike would want everyone to be home by the time the Alabama football game started. Roll Tide.

To send flowers to the family or plant a tree in memory of Michael B Aweau, please visit our floral store. 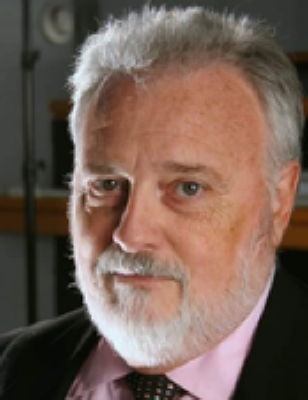